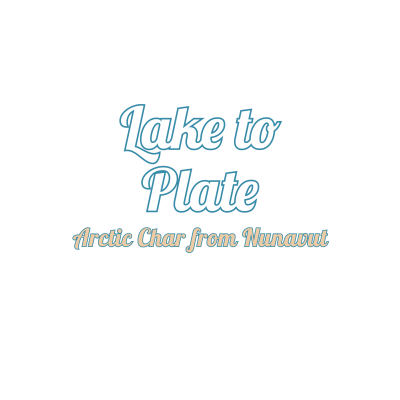 Inuit are the world’s foremost experts in Arctic char, a knowledge honed from generations fishing in Nunavut’s pristine waters. Lake to Plate was founded to celebrate and share this knowledge and to bring to market the most delicious and rare seafood on earth: artisanally-caught Arctic char from Nunavut.

All of Lake to Plate’s Arctic char is wild, hand-caught, sustainable, and delicious, but it is not all the same. As Inuit have long known, there are differences in taste, texture, and appearance between Arctic char caught from different lakes. We invite you to join Inuit and celebrate the rich and varied flavours of Nunavut char available in limited supplies for only a few short months each year.

Lake to Plate is currently offering customers access to delicious Arctic char sourced from three remote lakes near Naujaat, Nunavut. This Arctic char is considered by Inuit across Nunavut as some of the best fish in the territory.